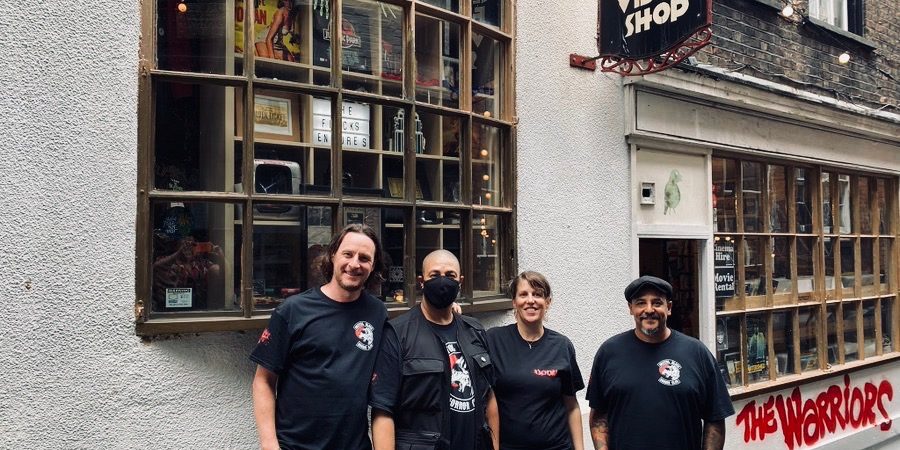 “This is a detective story and you are the detectives, but the question is not who is the murderer but who is the werewolf… Watch for the werewolf break… A chance for you to make up your minds” – Valantine Dyall as Narrator (The Beast Must Die)

Calvin Lockhart (Cotton Comes To Harlem/Predator 2) and Marlene Clark (Ganja & Hess) star alongside Michael Gambon (The Cook, the Thief, His Wife & Her Lover), Charles Gray (Diamonds Are Forever) and the legendary Peter Cushing (Tales From The Crypt, Dr. Terror’s House of Horrors), in a camp action-horror-hybrid with a twist of country-house-whodunit and Blaxploitation cool. Throw in a funky soundtrack courtesy of Douglas Gamley, flamboyant costumes and lavish set design, helicopter and car chase set pieces and you have the ingredients for a time capsule of 70s British cult-classic panache.

The Beast Must Die would become the only British-directed werewolf film set in a ‘contemporary United Kingdom’ until Neil Marshall’s Dog Soldiers (2002) and a precursor to John Landis’s An American Werewolf In London (1981).