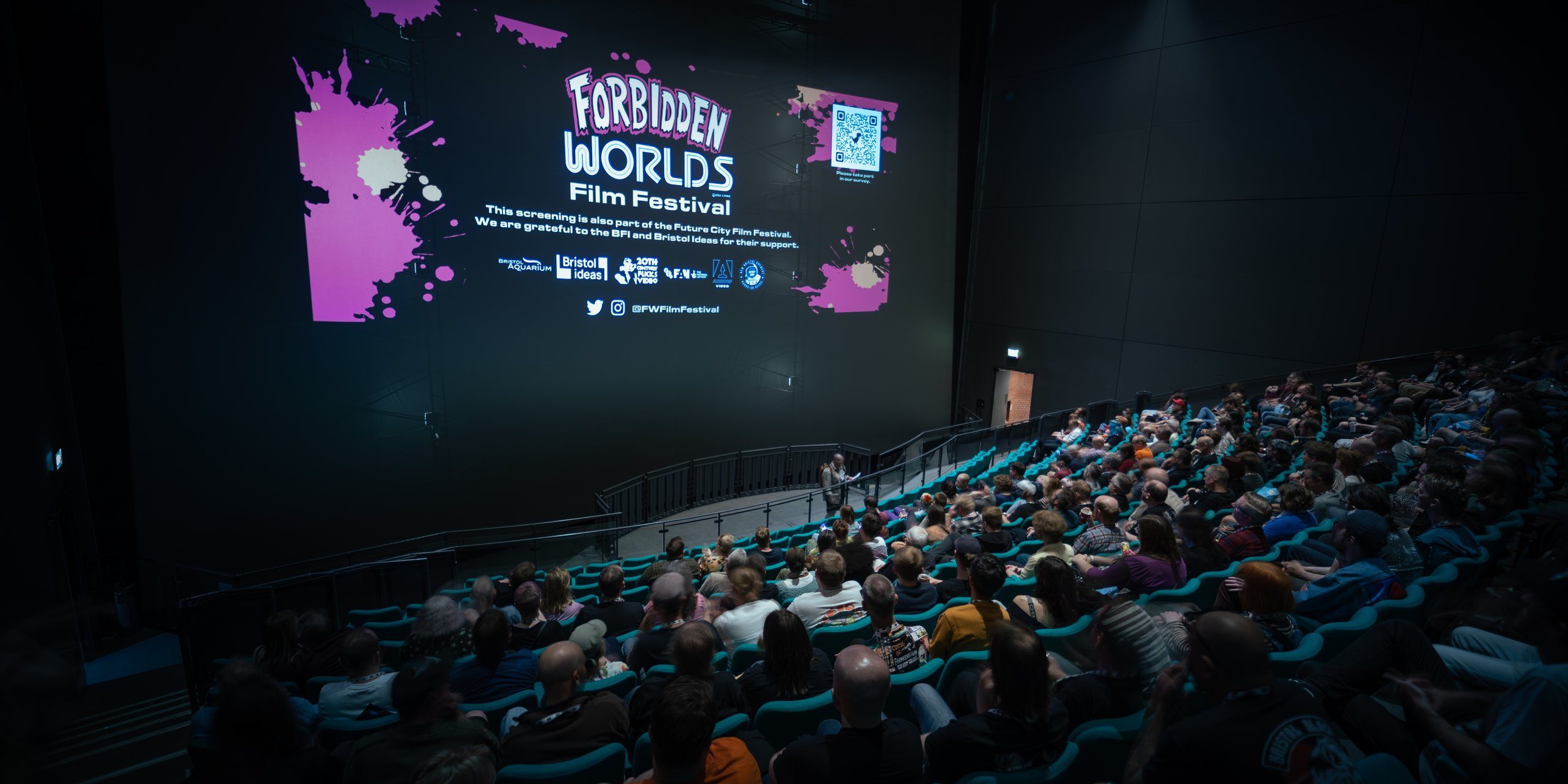 Forbidden Worlds Film Festival is dedicated to screening repertory fantasy, action, science-fiction and horror films from around the world and celebrating the people that made them.

Forbidden Worlds Film Festival was created by a group of Bristol-based cinephiles in order to create a film festival dedicated to their mutual love of classic and obscure genre films and a desire to screen many of these films on the big screen.

The first of hopefully many exciting events led by an incredible team of Bristol based programmers, FWFF – 2022 focused on the year of 1982. (In future events, who knows where they will take us next!).

The year in which Bristol’s beloved video shop, 20th Century Flicks, opened its doors for the first time. Over the past forty years, it has survived the transitions from VHS to DVD to streaming, and has remained a key fixture in the city’s cultural landscape. To this day, you can still rent out discs and tapes, or hire one of its two private cinemas.

Also in 1982, film fans were treated to a huge number of genre classics on the big screen – and so they hit upon an idea…

To celebrate 20th Century Flicks turning 40, a new film festival would come to Bristol for the month of May. Forbidden Worlds is a three-day event, dedicated to genre cinema with a particular focus this year on some of the classics and curios that emerged in 1982.

From Roger Corman’s Forbidden World, Mad Max 2, Blade Runner, The Challenge, Basket Case and Thrilling Bloody Sword, to The Dark Crystal, The Secret of NIHM, Dracula A.D. 1972, Girls Nite Out and Dario Argento’s Tenebrae, it was a welcome and refreshing return to celebrating cinema on the big screen!

For BBHC It was a thrill and a bit of a dream come true to introduce Tobe Hooper’s Poltergeist to such a warm and welcoming audience! [The screening was also part of Future City Film Festival. With British Film Institute support.]

It’s clear this will be a regular date in the calendar to look forward to as well as other exciting events the team and partners are involved in!

Keep an eye on the website links below for exciting updates and news about what’s on the horizon from the incredible, warm and welcoming team behind the Festival.