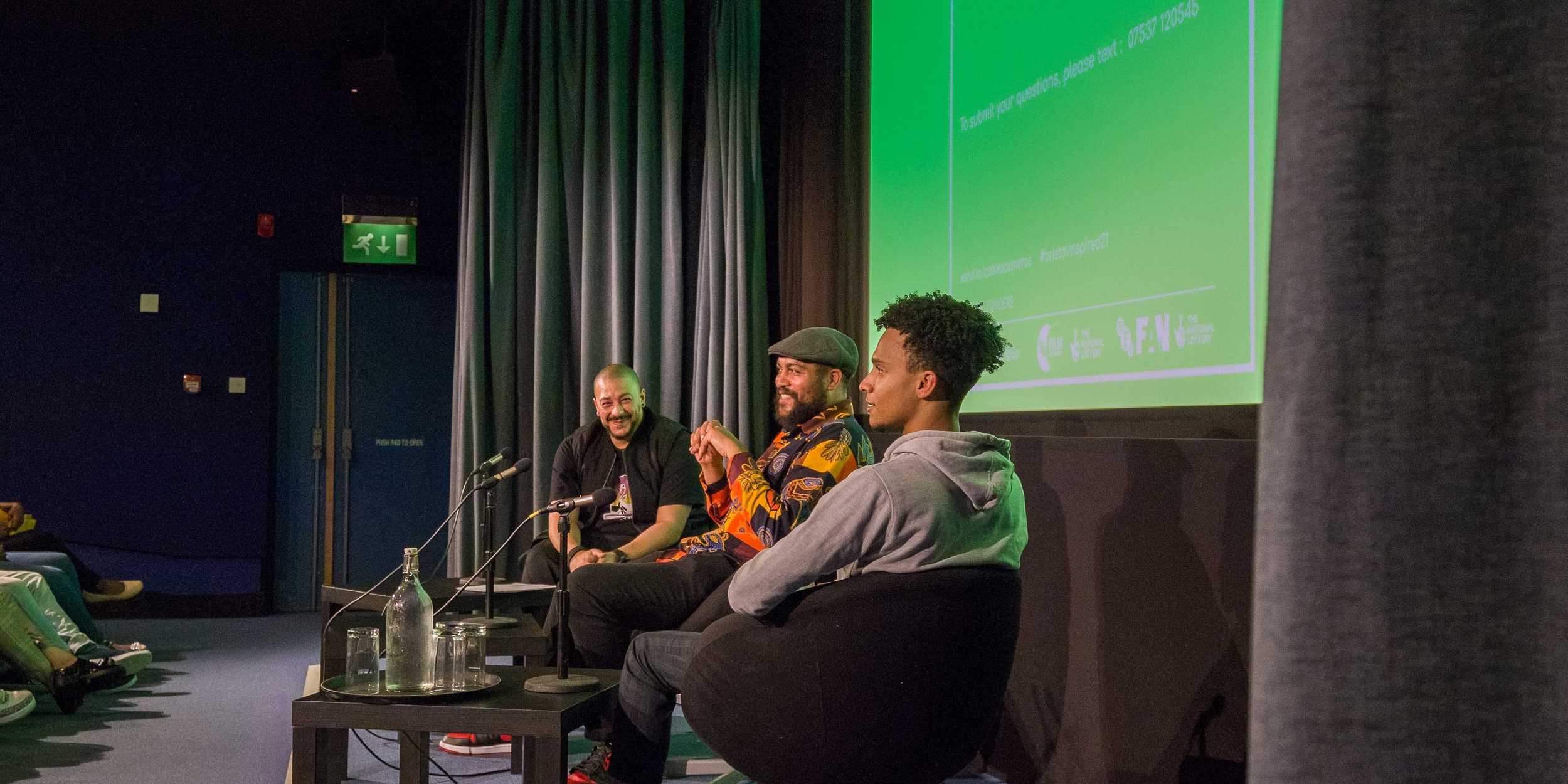 Join Bristol Black Horror Club for a special screening of Voodoo In My Heart (UK 2020, 5mins) following its UK premiere at Frightfest. Directed by Bristol-based filmmaker Elias Williams (Mandem), it tells the story of a young woman’s last moments in human form before turning into a zombie.

The screening will be followed by an in-conversation exploring ‘Horror Noire’, the Zombie and its Haitian roots. They’ll also discuss how Horror as a genre can elevate and sharpen the production process, skillset, and career paths for young Black and Brown filmmakers in the UK.

Whatever stage you are at in your journey in film, whether you just enjoy watching films or are starting to make your own work, this is a chance to experience the latest work by award-winning Bristol-based filmmaker Michael Jenkins (Blak Wave) on the big screen, get insights into his journey through film and find out what inspires him to create.

Pickney (16mins) is the story of Leon, a mixed-race teenager trying to work out where he fits in. He is close to his Nan, the only person he knows from his Jamaican side of the family. He goes to his Nan’s Nine Nights and meets the rest of his family for the first time where he begins to understand identity is more than just skin deep.

The screening will be followed by an in-conversation with Michael Jenkins and actor Ajani Cabey hosted by Adam Murray (Come The Revolution / Black Bristol Horror Club.) There will also be a chance to ask questions via text in-venue.